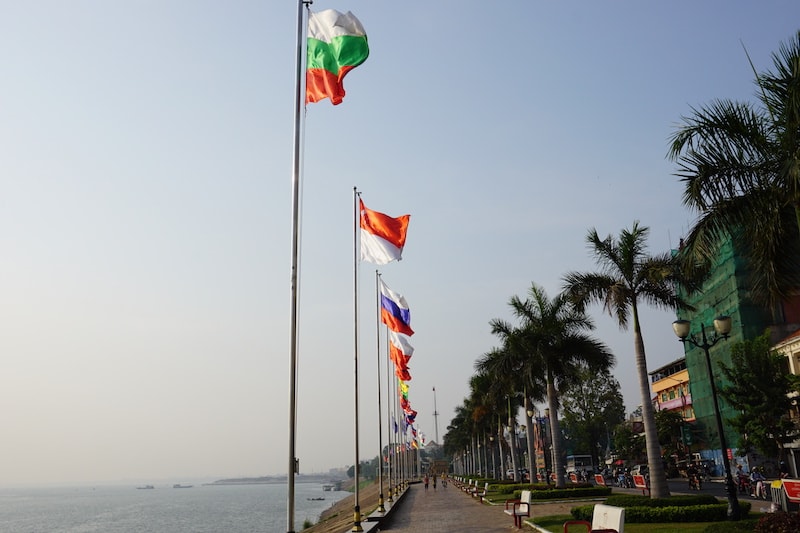 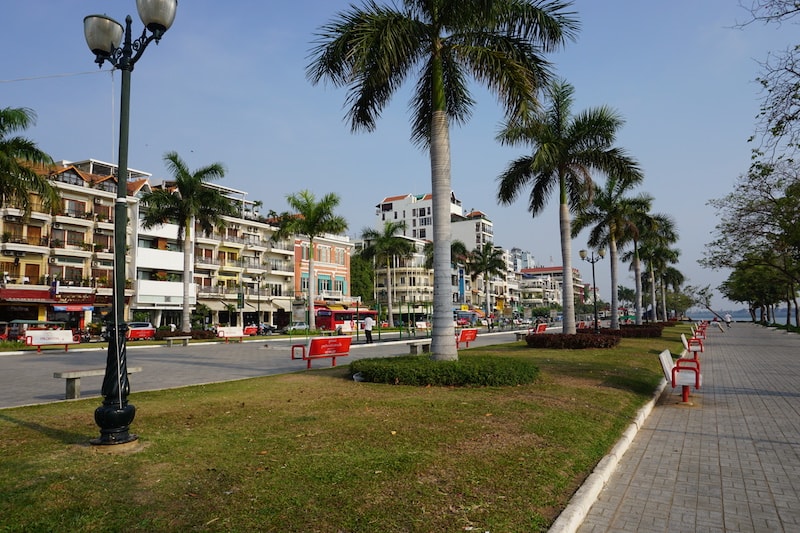 Looking north up the esplanade, empty early on a weekday morning 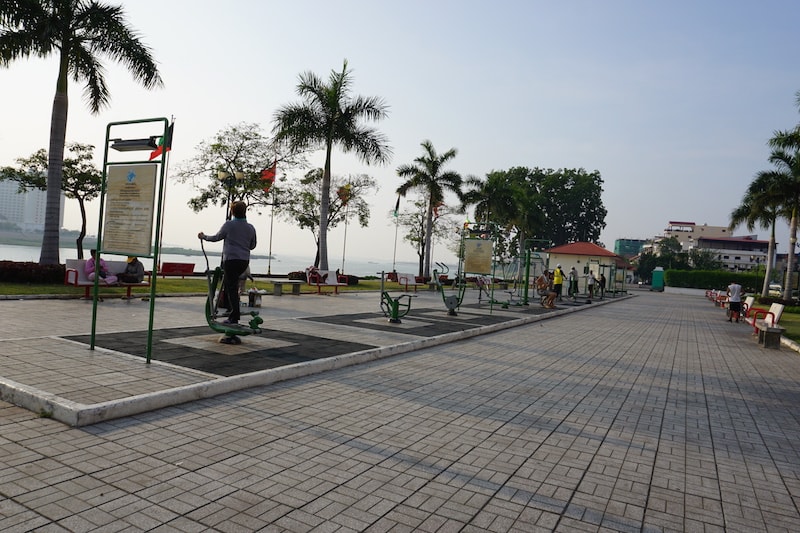 Light exercise machines are in parks in all SE Asia countries 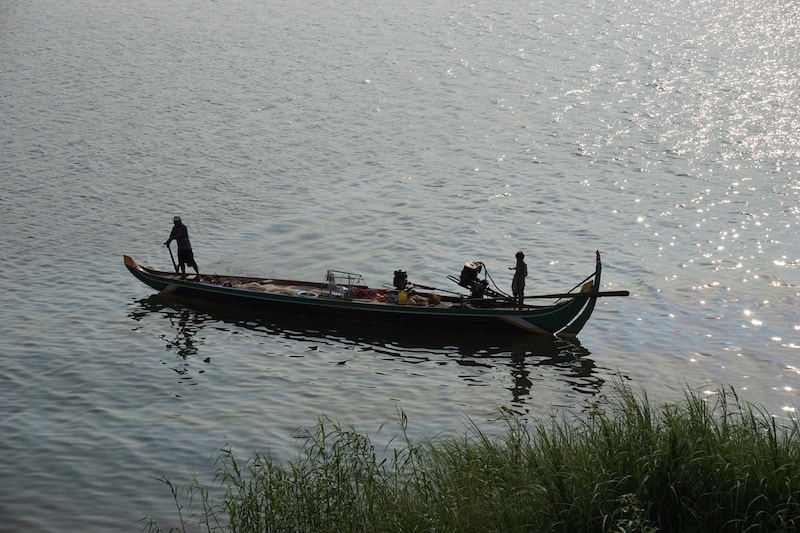 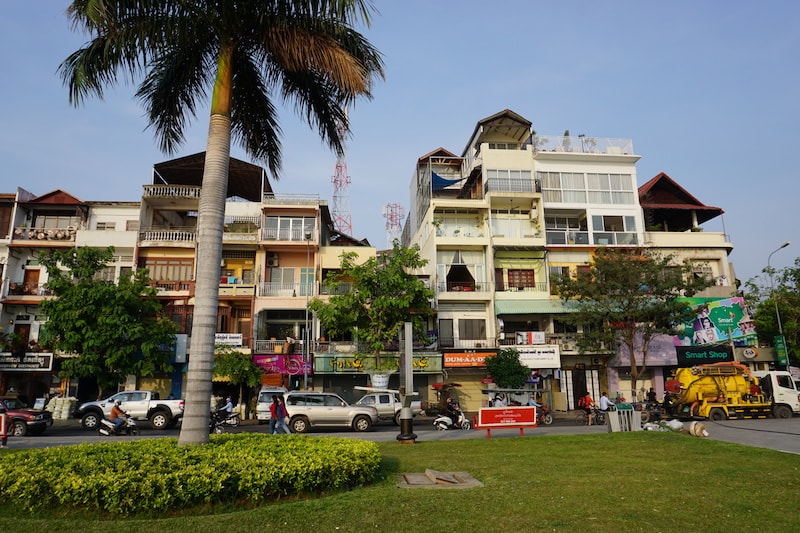 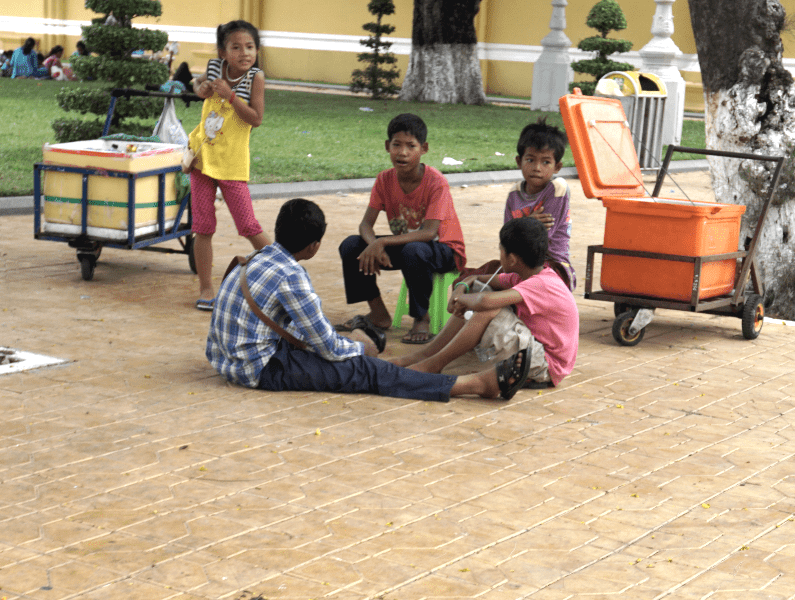 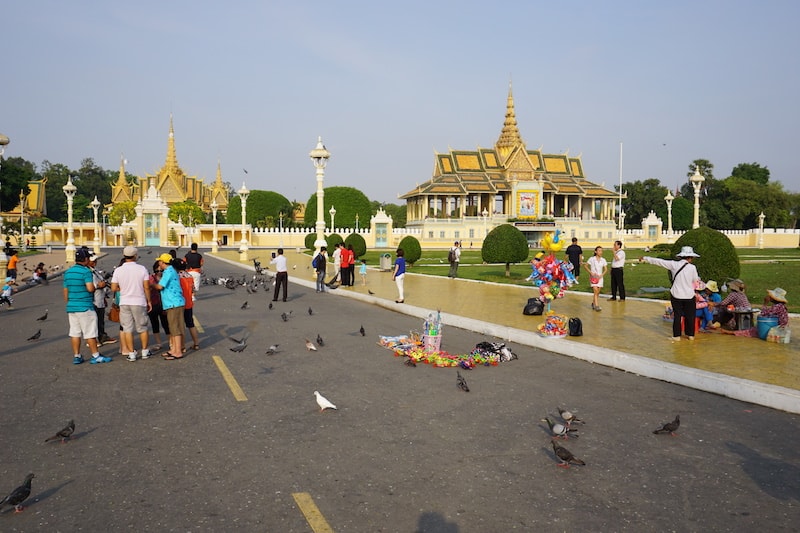 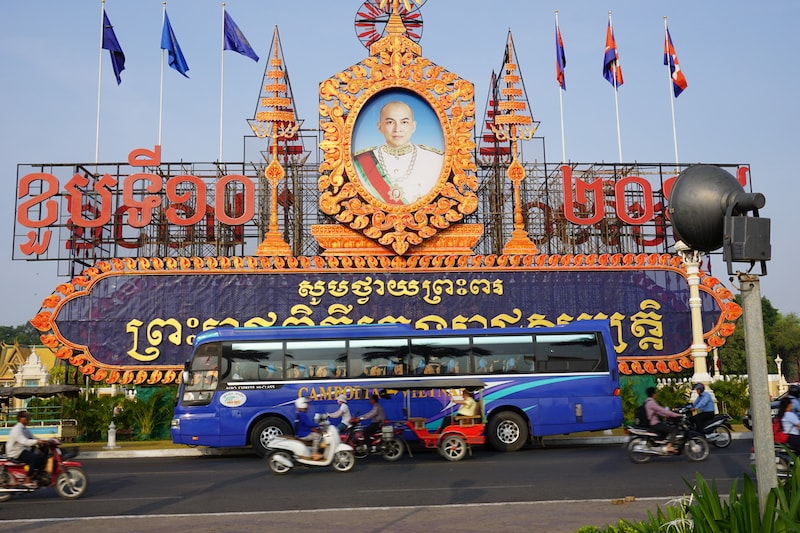 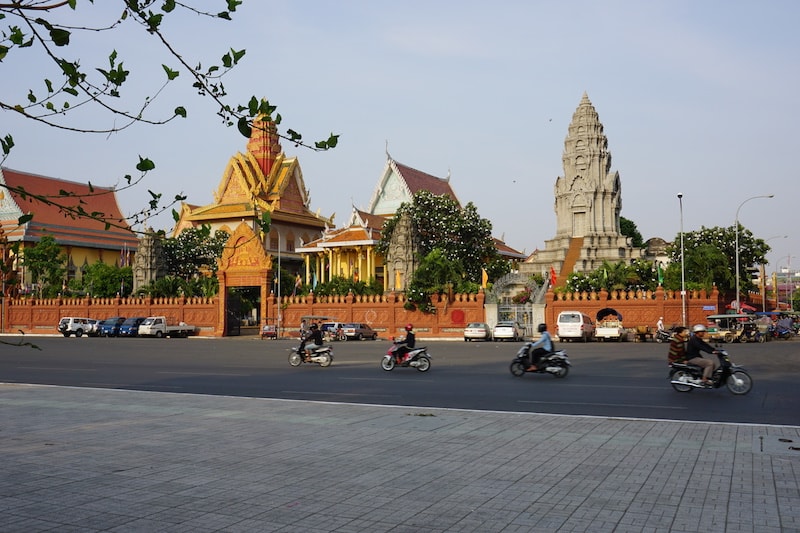 Another temple on esplanade 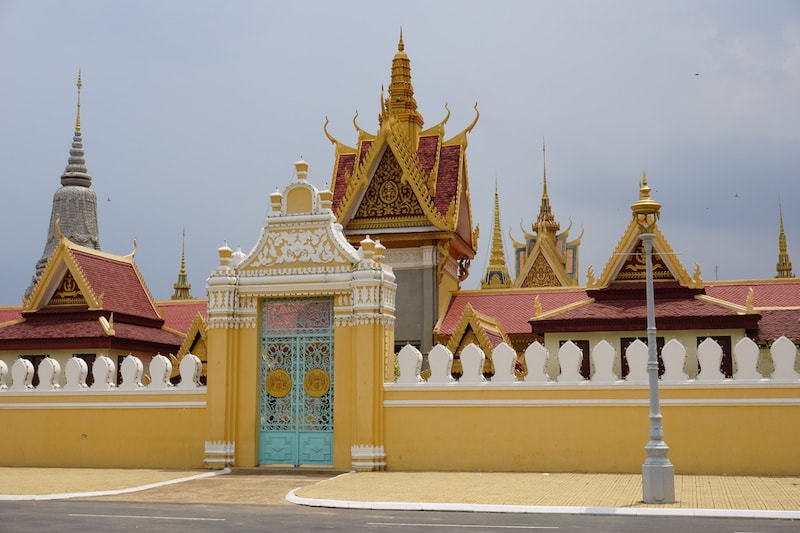 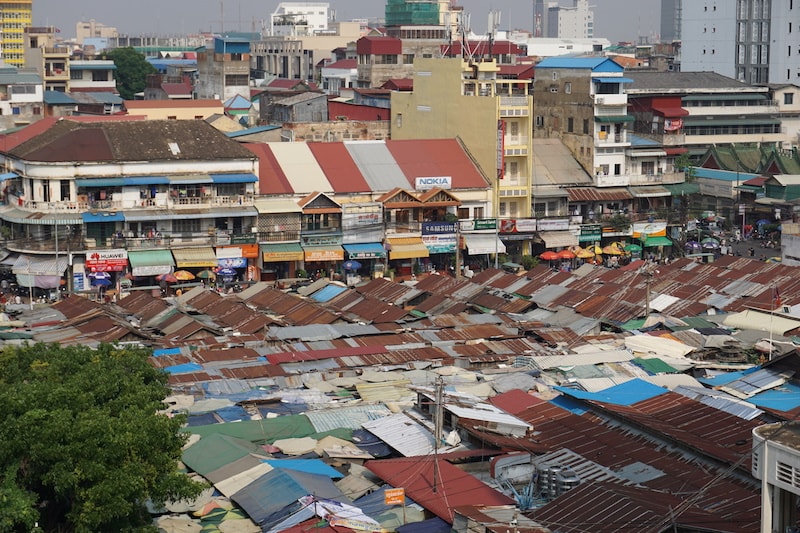 Large market area protected from the sun but not rain with tin roofs. Looking back from waterfront. 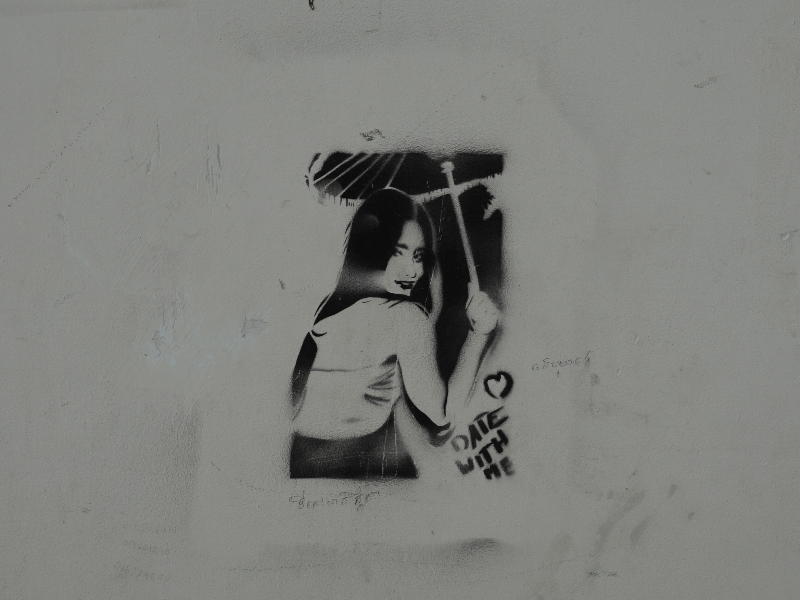 Not really graffiti, a stencil?